The conversation, along with an interview is an important analytical genre of journalism, having dialogical, “polyconic” form. Conversation is widely used in the press for many years. Sophisticated connoisseurs journalistic genres are well known, for example, “Conversations at the” round table “,” which for many years took place in the pages of “Literary Gazette.” At present, we can also meet this genre in the press. Sometimes the conversation genre is identified with the genre of the interview. However, this identification is unfounded. Although these genres have in common. First of all, two-part text. One part of it “belongs” to one party to the conversation (interview), and the other – the other. In addition, in an interview, and the interview is an exchange of thoughts and remarks. However, between genres there is a very important distinction. Moreover, it is primarily in the role to be played by the journalist, interviewer and journalist, the person that has a significant impact on the content of the interview or conversation, the texts themselves. If the role of the interviewer journalist can only raise questions, and answer them the interviewee, it is the latter and forms the main content of the publication, its character (in particular – positive or critical) 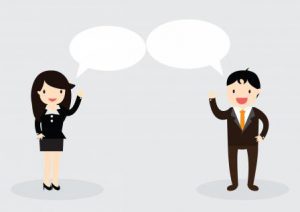 The journalist-interviewee is an equal, along with his partner communicatively the act, the creator of the content of the future of the text. Therefore, question-answer form of exchange of ideas inherent in the interview, a conversation will match the exchange of “equal”, equivalent replica, judgments, and thoughts. When the journalist interviews, it can only set the direction-of thinking of the interviewee. The very same factual, evaluative, causal mapping of the subject will depend mainly on the interviewee. No matter how hard the interviewee to be objective, it is in any case will be considered subject matter from their position, with the position of its existing knowledge, concepts, stereotypes, attitudes. Therefore, it is arbitrary or not to talk about the subject of the sides, which positively correlated with that position, and lowered that it contradicts.

Read more about “Top 12 Most Influential Journalists Of Today“