Questions to ask as much as possible clear and unambiguous. Give the children the freedom to respond to them the way they really want; otherwise you will find later that the interview did not reveal their opinions and yours.

When working in a group, discussing a topic, the children sometimes have a desire by asking questions. Encourage this desire, even from time to time to remind them of such a possibility. Questions they are often sharp, frank, not every adult will dare to come up with such. For you, it is another chance to see the world through the eyes of children.

Dealing with shy children to start asking them “closed” (assuming the answer is “yes” or “no”), and only just behind him – “open” (answer detailed). For example: “Do you think you can beat naughty children?” “No?” “Why?” It is possible that in response to the first attempt you will get self-conscious “I do not know.” Do not “seek” child of the same question, better turn it in another way: “Do you know someone whose parents spanked?”

Do not interrupt children. Realizing that he “blurted out” is not something a child can be quiet. Wait until he paused, and only then ask a question or ask for clarification.

Praise your children begin to answer your questions, let them know that you’re interested in what they say, if you want to – help them, do everything to make them feel at ease.

Sometimes in the course of the interview, the children are distracted from his subjects and to discuss other accepted eagerly. Do not try to direct them “on the right path”, it is better to listen to their words: what if they are such an unusual way to raise some urgent problem. As a result, you cannot get the material ordered by the editors, but gain something more valuable: a new look at things, the idea of the future of the project, the idea that children think.

Suppose, the interview is sluggish, children are reluctant to respond or did not understand what was expected of them want to, or not wanting to participate in this event. In this case, you gently ask, what can help them. If they decline to answer – remember, this is their right. There’s nothing to be done.

Use extreme sensitivity when discussing with the children of such a purely personal issues as violence against them, sexual exploitation, deceit, oppression on ethnic grounds, family conditions, the need to live on the street. After all, if the conversation does not lead to the most superficial level, it inevitably requires the revelation of children. It would seem that children nowhere to turn out the soul inside out before a stranger, and in front of friends, too, but sometimes they have such a desire arises to help other people understand them or to help other children who are in similar situations. Sometimes even that with a stranger it is easier to be frank – if, of course, he was able to arrange them yourself.

In ideal cases, the children themselves will raise similar issues. Do not rush it, do not try to appease them and show that you are listening carefully to cheer them, underline the main thing in their story. To encourage children to openness, move them to the forbidden subject, but not asking on the forehead – “Tell me how over you bullied” – a remark like this: “I have the impression that you have been in trouble, but managed to have to get out. Do you want to tell in detail how it was? ”

This process does not tolerate haste – it can only scare children, and even harm you. After all, the child is important not just to present the course of events, and to share their pain. By giving him this opportunity, listening to him, we show respect for his story and his experiences.

In what may become explain what you intend to do with the received material. If necessary, discuss any detrimental effects it can for a cause – child offenders, for example, can identify their prey. Find out if the children want, their words were made public. As mentioned above, the latter can be a difficult task, if your interviewee – as, for example, a resident of the refugee camp – a very vague idea of the media.

Sometimes you have to sacrifice some interesting information because the child objected to its publication. Children as well as adults, have a right to speak “off the record (ether).” Respect their wishes. I noticed during the interview that the child is too worried or upset, proceed on the dictates of their conscience – to change the subject and, without waiting for requests from the child, and stop the interview. But the action so as not to offend or upset child (see. “The completion of the interview”).

The child has the ability to get frustrated at times because of the things that you seem to be completely harmless. Be prepared for this and show sensitivity.

The above ethical considerations primarily relate particularly intimate topics, such as reports of violence (see. “Confidentiality and anonymity”). 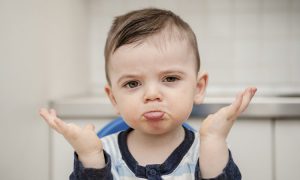 Do not interfere with the children to change their statements

Most children are not accustomed to the fact that adults listen to them and taken seriously. Commenting, they sometimes describe what was happening to them is so, then commercials. In addition, even contradict themselves. Then lie or invent stories. This lack of sin and adults. The difference is that the children have good reasons to behave in a similar way, although you are not always known. Do not convince children to speak “the truth”, do not try to catch them in a lie. Moreover, do not let it present at the interview with an adult. It is important not accurate facts themselves, not the chronology of events (you will always be able to restore them later), and how they were deposited in the child’s mind. Let the children talk about their experiences, which are often for you as a complete surprise.

Sometimes there with you, you do not want to talk to open the truth about some event in your life.

“Do you wove stories” to tell their personal experiences?

Remember how it was, and try to understand what lies behind the “fables”.